First the good news – we got our first set of plans from the architect! And they arrived (via email) really quickly – it only took a few days, which was a pleasant surprise.

The bad news? We’re apparently really bad at communicating with our architect.

Let me explain. We gave the architect a lot of specific guidelines for aspects that we wanted included, such as: we wanted an open floor plan, we wanted a certain footprint (about 25×30), we like our privacy (and don’t want to be on display to neighbors/the road), to name a few. And he managed to pretty much include everything we were asking for, only in the opposite way of how we were envisioning it! And all this because we never communicated our VISION for the house to him, we just expected that with a list of guidelines what he came up with would match what was in our heads. For example, that part about liking our privacy? He allowed for that by putting very few windows on the front of the house, and in other places like the kitchen (facing the neighbors) and a few bedrooms (facing the road). And while we DO like our privacy, that really means that we want windows where windows would normally be, but we’ll just take it upon ourselves to hang curtains or put in frosted windows for privacy – which is something an architect isn’t really concerned with, seeing as it’s not a structural matter. Should we have really said that we “like our privacy” when there’s nothing we wanted the architect to actually do about it? Probably not. Communication fail. 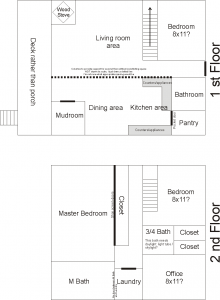 This is our sketch of the floorplan.

What the plans did really do for us, however, was give us a sense of scale that we were lacking while dreaming up this house. We got to see how compact things will be, and how very carefully rooms and appliances need to be arranged within the house to give it the “feel” we’re going for.

So, armed with this new-found sense of scale, Husband took Wife’s dictation and drew a sketch on the computer to get what she was envisioning on paper (so to speak), and then Husband and Wife together re-arranged and worked out exactly where they would prefer things to be, with minimal name-calling and tears. They then sent these sketches to the architect and asked him to do his thing and make it all work architecturally (plumbing in the correct walls, appliances lined up correctly, doors and windows measured out, etc. etc.)

Note from Husband: We also took the architect’s suggestion and increased our footprint to 28×32. Which is only a couple of extra feet in either direction, but boy does it make a difference.

Fingers crossed for another quick turnaround with the architect and for our plans to work out structurally! 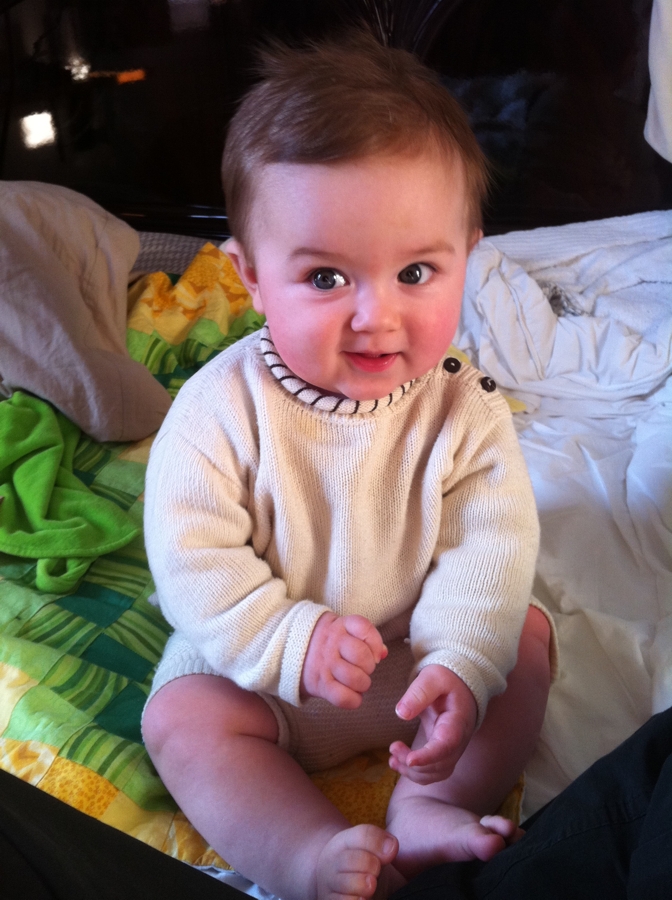